Formed in Summer 2016 and based near Liverpool, earthborn visions is an experimental ambient project seeking to explore juxtapositions of sound, melody, harmony and randomness. The main protagonist is Mike Sweeney with occasional, ad-hoc collaborators.

Although never trying to fall neatly into one genre of music, our output has been recently described on the Eclectrocasts Podcast as ‘punk ambient’. Drawing on influences as diverse as sixties’ psychedelia, minimalism and avant grade electronica the band has been prolific since its inception, releasing various albums both independently and through netlabels such as Hortus Conclusus Records, Petroglyph Music and Cian Orbe. © 2017
All tracks and artwork by earthborn visions (Michael Sweeney)

LINKS OF THE ARTIST: 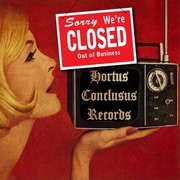